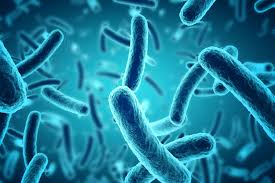 Antimicrobial resistance (AMR) is a major global health challenge of the 21st century. Efforts to quantify the burden of AMR are limited by lack of data linking resistance status with clinical outcomes in Low and Middle Income Country (LMIC) settings, especially sub-Saharan Africa.

The main objective of this study is quantify the association between AMR status and clinical outcomes (mortality and length of hospital Stay) for inpatients with proven Gram-negative bacteraemia (all Enterobacterieae except Salmonella species) by collecting data over a 12 month period in 2020-21 in Hiwot Fana Specialized University Hospital (HFSUH), located in Harar, Eastern Etihopia. Harar is one of the sites of a multicenter study to be conducted in 10 hospitals in different African countries.

Bacteraemic hospital inpatients (with infections caused by relevant species of Gram-negative bacteria) and matched uninfected inpatient controls will be recruited prospectively in the participating hospitals. We aim to recruit all neonates and children admitted at HFSUH over 12-month period (~3000) to have a total of 120 bacteraemic patients with 2 matched inpatient controls per case. Children aged <15 years old and neonates will be eligible for inclusion and we will aim to recruit all consecutive cases over the study period. Non-infected controls will be randomly selected from inpatients in the same hospital matched by ward, age-group and length of stay.

This study will provide the first patient-level evaluation of AMR impact in bacteraemia in Eastern Ethiopia.