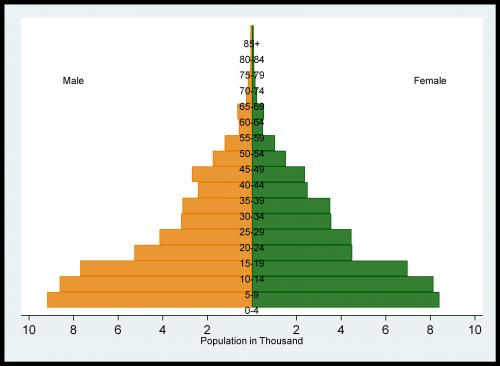 Haramaya Health and Demographic Surveillance System (HDSS) was established in Haramaya district located in the East Hararghe, Oromia, Eastern Ethiopia. It includes 12 kebeles (sub-districts) in the district. Most of these kebeles are midland ranging in an altitude of 1600-2100 meters above sea level. The area has 6 health centres and 12 health posts. A baseline enumeration of the site was done in 2018 and first-round event registration started in January 2019. At the bassline, the total number of households in the HDSS is 17461 and the total population was 99,898, with 23.86% of them were women of reproductive age. The young dependency ratio is 98.9, while the old dependency ratio is 2.64. The main means of livelihood in the area is farming. The HDSS site has a great opportunity of associating with Kersa HDSS, its location close to Haramaya University. 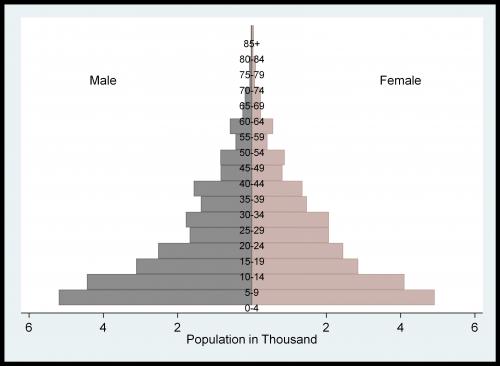 The Kersa catchment is attached to the Kersa HDSS, which was established in 12 sub-districts of Kersa district, Eastern Hararghe, Oromia Region, Ethiopia. The site is principally rural with three small towns (Kersa,  Weter and Langhe). The baseline census was conducted in 2007 and since then has been updated every six months, with registration of demographic and health events. At the baseline a total of 10,085 houses, 10,522 households and 50,830 people were registered in 12 kebeles. The sex ratio and number of persons per household was 1.0 and 5.1, respectively. However, the number of kebeles in Kersa HDSS increased from 12 to 24 since 2015. At the end of 2015 the population was 116,325. Until the end of 2015, 217,819 births and 4,475 deaths were registered, respectively. Over 85% of births and deaths occurred at home. The annual net population growth ranges from -0,1 to 1.6. Meanwhile, the population growth rate ranged 1.63 to 2.94. The majority of the population in Kersa is not working; hence the dependency ratio in most of the years is below 1 which ranged from 0.88 to 0.98. The young population dependency ration is the highest (0.88) as compared with the old dependency ratio (0.05). The Total Fertility Rate ranges from 3.5 to 5.3. A reduction in neonatal, infant and under five mortality was observed. For all deaths, verbal autopsies were done. Infectious disease such as diarrhea diseases, and respiratory tract infections are the leading cause of death among adults while malnutrition is the leading cause of death among children under five years.

The images below depicts farm production in Kersa aeas 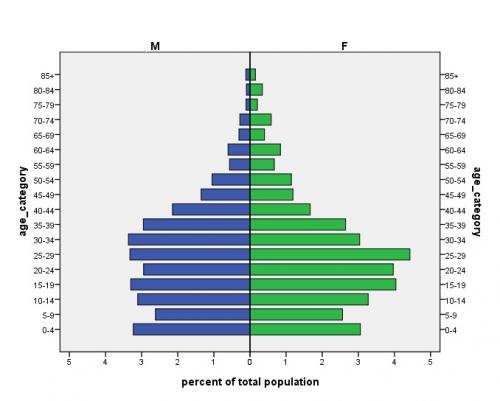 The Harar CHAMPS catchment is attached to the Harar Urban HDSS, which was established in 6 sub-districts among 19 urban sub-districts of in the city of Harar, Harari People National Regional State, Ethiopia in July 2011. Later addition six Kebeles were added in 2015 to make the total catchment Kebeles to be 12. A baseline population and housing census that covered the selected six kebeles was conducted in September 2012, and follow up of the demographic and health related events started soon after the census. The total population of Harar urban DSS site at the baseline was 32,437 residents. Of these, 15,579(48%) were males, and the remaining 16,858(52%) were females. Women of child bearing age account for 10,069 (31%) of the total population. The finding indicates an overall sex ratio of 92.4% males per 100 females.  In general, the age structure of the Harar urban DSS population indicates the presence of high dependency ratio (the ratio between non-working and working population) (49.1%).  Almost half (50%) of the population in Harar urban DSS were dependent over the working group (aged 15-64 years). In the meantime, young population dependency ratio was 0.46, and old dependency ratio was 0.07. The Total Fertility Rate ranges from 1.29 to 3.49. Neonatal, post neonatal, infant and under five mortality rates were observed below 10 per 1000 population.